How does the MCB protect your home? 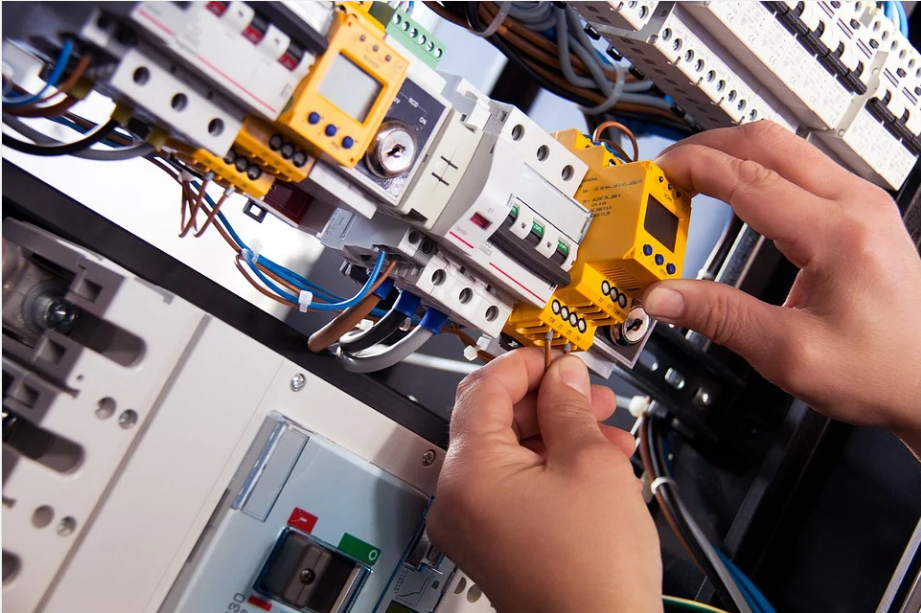 Electricity is one of the greatest boons of the modern age. The world in the 21st Century is massively reliant on electricity for various purposes, from running servers and databases, factories, transport, and so much more. Even at the household level, electricity plays a vital role in carrying out everyday activities like cooking, cleaning, as well as running, and charging electrical devices.

However, electricity can prove to be a hazard if not used carefully. Therefore, to minimize electrical accidents like fires, electrocutions, and appliance damages, it is important to use proper protective measures. Households across the globe frequently use MCBs as an electrical protective device that works effectively against appliance burnouts and short circuits.

What is an MCB?

The MCB, or Miniature Circuit Breaker, is one of the best protective devices against electrical hazards. The miniature circuit breaker acts as an automatic switch that is helpful in restricting the flow of high current levels through the electronic circuit. The MCB acts as an electromechanical device that is designed to be triggered by high voltages or electrical faults caused by overloads and electrical surges.

Traditionally, fuse wires were used to protect appliances from high voltages. Upon detecting higher current levels or voltages in the circuit, the fuses would “blow,” thus disrupting the flow of electricity. However, with time and advancements in technology, the MCBs emerged as superior alternatives to the traditional fuses.

The MCBs are designed after the properties of a fuse but have a major advantage over the latter. The traditional fuse, once blown, cannot be reused. However, MCBs are not destroyed or blown by high voltages and can be reused as electrical protective devices for significantly longer periods of time. In addition, they are easier to use in comparison to fuses and are equipped with switches for manually turning them on or off.

MCBs are effective against overload currents, as well as short circuits. Furthermore, they are easy to install, operate, and maintain. They are also safer to use as the MCB is placed inside a plastic casing, therefore reducing the chances of accidental electrocutions. However, though they provide some levels of protection to humans, it must be noted that MCBs are not typically designed for protecting humans or pets from electrocutions. To prevent accidents like electrocutions and fires at homes, it is important to install other appropriate protective devices like RCDs (Residual Current Devices) and RCBOs (Residual Current Breakers with Overload protection).

How does the MCB work?

The flow of high levels of current through the electrical circuit can be potentially dangerous for connected appliances and can burn them out or cause permanent damage to the appliances. To prevent such accidents, MCBs are installed across the circuit. The MCB breaker acts as an automatic switch that is used for the protection of electrical appliances against electrical overloads during anomalies like electrical overloads, surges, or thunderstorms.

MCBs are equipped with a bimetallic strip that is sensitive to heat. If there are high amounts of current flowing through the circuit, it warms up the bimetallic circuit in the MCB which bends and deflects from its original state. This deflection causes the MCB to “trigger” and release a mechanical latch. This latch disconnects the circuit and disrupts the electrical flow from reaching the connected device. The MCB can then be manually reset to close the circuit and resume the flow of electricity through it.

In the case of a short circuit, there is an abrupt rise in the flow of electricity through the circuit. This sudden rise causes the MCB to trip, displacing the electromechanical plunger and stopping the current flow.

Where is the MCB used in the house?

Depending on its application, Schneider Electric has a variety of MCBs to choose from. Typically, the tolerance of MCBs is designed based on the standards of domestic wiring, and are available for use in:

To buy an MCB at reasonable rates, you can look into Schneider Electric. Schneider Electric has amazing offers on the electric MCB price and other electrical components. Make sure to provide your loved ones and your electronic appliances the ultimate protection from electrical accidents with MCBs from Schneider Electric! Visit our e-shop at https://shop.schneider-electric.co.in/.